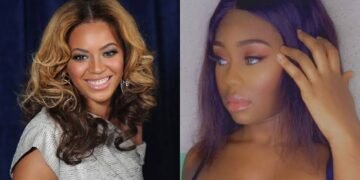 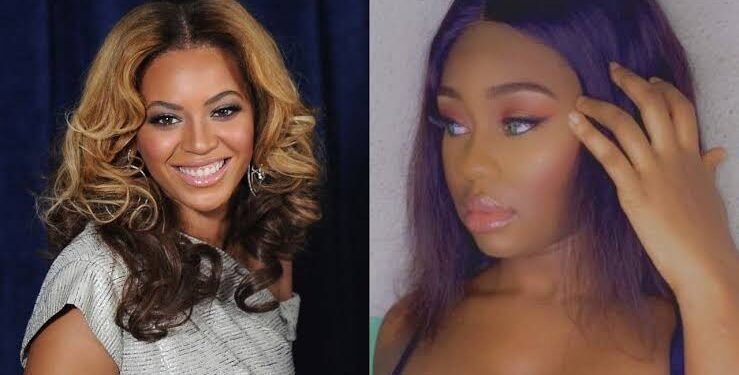 Two days ago, the American Singer released the trailer for her new Afro-centric movie ‘Black is King’. This is a film that was in the works for almost two years and she calls this her passion project.

In her caption, she wrote

“.. ‘Black Is King’ is a labour of love. It is my passion project that I have been filming, researching and editing day and night for the past year. I’ve given it my all and now it is yours”

“I wanted to present elements of Black history and African tradition, with a modern twist and a universal message, and what it truly means to find your self-identity and build a legacy”

While some fans congratulated Beyoncé, some others were not so impressed by her representation of Africa in the movieand tge Nigerian model was one of the latter.

@Dimssoo accused Beyonce of exploiting the the African culture for her movie and pocket  yet the movie is not available in Africa. She also blasted the singer for using Africa as a cashcow yet excludes African countries in her tour.

In her criticism, Dimssoo wrote
“Beyonce includes African culture in her music but never adding Africa to her tours. Same Beyonce making a whole movie based on Africa and its culture that’s not available in Africa.”

She also was not pleased with the ancient narrative of Africa that Beyonce was pushing  through her movie, insisting that it was this sort of media representation of Africa  that gave people of other racial ethnicity the leverage to insult us.

As the Nigerian model slams Beyoncé, she expressed her dissatisfaction with the ‘problematic ideologies’ of how the media projects Africa and how other races seem to address the whole of Africa as a country. To that effect she commented,

“She’s mostly taking from Yoruba culture so if you’re gonna speak on something, come correct. Africa is not some prop, you can’t come and pull from our culture from when it’s convenient. That’s appropriation. And not every time ‘we were kings’ pls some of us were palm wine tappers.”

A number of social media users were in agreement and have asked the Queen Bee to do better.