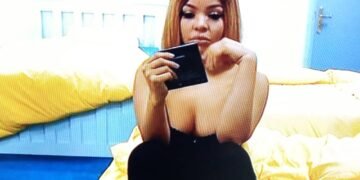 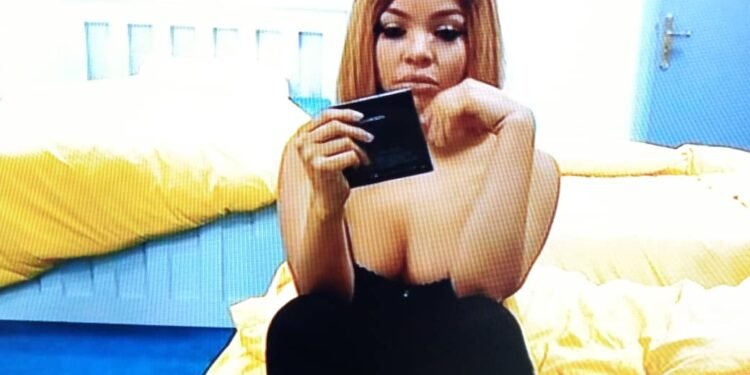 Nengi, the queen of love triangles in the BBNaija 2020 Lockdown house has revealed during her diary session that she would love to date Ozo.

The love triangle between Ozo, Dora and Nengi took a turn for the worse as soon as BBNaija 2020 host, Ebuka Obi-Uchendu touched the topic yesterday. This same issue caused a heated fight and shouting match between Lucy and Nengi last night.

Today, during the diary session Nengi unpacked everything she had in her mind about the whole situation. Nengi said that last night was not the only time that Lucy had confronted her about the guys. According to Nengi, “she(Lucy) said she wanted to talk to me, she called me to a room and said I was hoarding all the guys in the house”

Nengi expressed her irritation at this statement confirming that she was a guy’s girl and finds it easier to be friends with guys. She even advised that if any of the housemates had an eye for any the guys they should confront the guy and leave her about it.

Concerning Ozo, she said that they were just really good friends and that she had told him times without number that she was not interested in being in a relationship while in the BBNaija 2020 house at least.

She said that if she isn’t able to get back with her boyfriend after the BBNaija 2020 show, Ozo was a viable prospect. She said, “Ozo is somebody that I would like to be in a relationship with”

It seems the Diary session has a way of bringing out unspoken truths because Nengi has never made this statement outside the diary room.

Wait! Didn’t Nengi just say that she didn’t like Ozo in that way?
Just last night she said that she wouldn’t want to be with someone like him because he was ‘too peaceful’. So what changed?

Big brother gave her a piece of advice. He advised her to talk to Ozo about her feelings for him but that is not to say that she must have a relationship with him