The National Human Rights Commission panel investigating allegations of human rights violations against the disbanded Special Anti-Robbery Squad (SARS) heard on Tuesday in Abuja how policemen in Rivers killed a young man in the presence of his mother.

Petitioner Victoria Agori made the allegation while testifying before the panel on a case she filed asking for the prosecution of the police officers that killed her son, Daniel Agori, and the release of his body for burial.

When asked by James Idachaba, the respondent’s counsel, if the panel was the only place she had taken her case to, Mrs Agori said no, pointing out however, that the Federation of International Women Lawyers and some human rights activists had been helpful.

She told the panel that she had been threatened repeatedly by unknown telephone numbers and that it was due to such threats that she had to leave Port Harcourt.

Mrs Agori said that the police had been telling her for over a year that they were investigating the matter but that there had been no outcome on the investigation.

Earlier, Counsel to Mrs Agori, Abiodun Olutekunbi, told the panel that the petitioner and her two sons, late Daniel and David and one Silver Ogbonna, Daniel’s fiancé were bundled to the Unit Command at Aluu in Ikwerre, Rivers on May 10, 2019.

He alleged that on arrival at the station, after a brief chat between SP. Justine Adaka and DSP. Yusuf Bello, in the presence of the petitioner the policemen ordered that Daniel should be killed immediately.

The counsel disclosed that the deceased was detached from a joint handcuff and blindfolded with a shirt and shot to death at point-blank range.

Mr Olutekunbi also alleged that Daniel’s mum was bleeding from her private part because the nozzle of a gun was used by the policemen to assault her.

He also prayed for an order of the panel to subpoena the public relations officer of the Inspector-General of Police Monitoring Unit in Rivers.

The panel Chairman, Justice Suleiman Galadama, adjourned the matter until Jan. 26 next year for continuation of hearing.

#EndSARS: Counsel To Eromosele Cries Out Over His Safety

#EndSARS: Counsel To Eromosele Cries Out Over His Safety 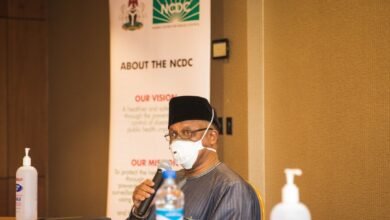