Last weekend, something happened in Abuja. DeClassical Arts & Entertainment and Seeing Through the Arts Productions in Conjunction with Transcorp Hilton Hotel, Abuja, brought to us a weekend of profound theatre experience. The show took place on the 7th and 8th of June in the Congress Hall of Transcorp Hilton Hotel, Maitama. It held twice – 4 pm & 7 pm – for the two days.

Legends is a musical production of Africa’s icons and cultures directed and produced by Gbenga Yusuf and Ayodele Ajayi. It was basically like Marvel’s Avengers, but with Africa’s Legends and music. Plus, you get to watch it live on stage.

A young modern lady (Priestess Zina) travels from earth to the afterlife with her love interest. She has had visions of a threat to the universe and has summoned five of Africa’s popular legends to avert this threat. She has the power to summon and charm. She does so successfully with Shaka Zulu, warrior monarch of Zulu kingdom; Nana Yaa Asantewaa , the queen mother of Ejisu in the Ashanti Empire; Amina of Zazzau, warrior queen from northern Nigeria; Sango, the Yoruba orisha of thunder and lightning; and Queen Nefertiti, Egyptian queen and great Royal Wife of Akhenaten.  These ancient heroes team up after initial squabbling and friction and of course, singing and dancing, they unite to fight the common enemy (the shadow). The destination is basic but the journey isn’t.

The actors and performers exuded an uncanny synergy with each other. From Shaka to Amina, to Sango, to the dancers – actions on stage were enthralling. A cameo from Waje and her gorgeous voice were equally entertaining.

Several techniques were utilized to make the performance more enjoyable and interesting. There was the heavy the use of humor in dialogue and actions which left members of the audience cracking up throughout. The references to modern day slangs and things – yoga, sho mo age mi ni?, gbe body e – brought the experience closer home. The application of lighting and sound effects liaised to produce different atmospheres for different situations on stage. The musical rendition was familiar. Asa’s “Moving On” and “How Did Love Find Me?”, Simi’s “Smile”, Dare Art Alade’s “Pray for Me” were all sung beautifully. Even members of the audience sang along. The use of a projected screen to capture an intended background scene was also very thoughtful.

Any African who watches the production will be as proud as they are amazed. Nothing beats the feeling of seeing a remarkable reenactment of our heroic figures live on stage with theatrical and technical expertise such as this. Along with Dike Chukwumerije’s Made in Nigeria, Legends is a stage production every Nigerian can be proud of.

Legends is currently on tour. You should see it when it comes to your city or one near you. 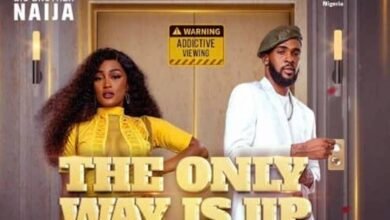 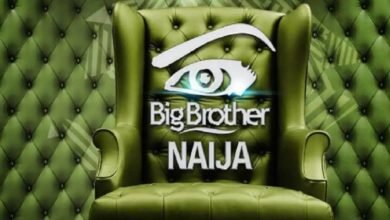 BBNaija Themes in Relation to the Society

June 17, 2022
Check Also
Close
Facebook Twitter WhatsApp Telegram Line
Back to top button
Close
We use cookies on our website to give you the most relevant experience by remembering your preferences and repeat visits. By clicking “Accept All”, you consent to the use of ALL the cookies. However, you may visit "Cookie Settings" to provide a controlled consent.
Cookie SettingsAccept All
Manage consent