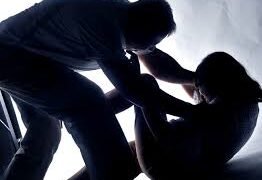 43-year-old man, Mr Ikechukwu Ekenta has been apprehended for allegedly raping his daughter while his wife was in delivery. 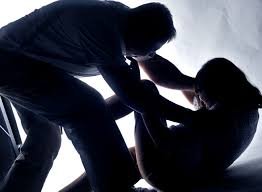 43-year-old man, Mr Ikechukwu Ekenta has been apprehended for allegedly raping his daughter while his wife was in delivery.

Ikechukwu who hails from Ikeduru-Ogwah in Imo state has been accused of raping his daughter, Kamsiyochukwu Ekenta, who is just 2 months shy from 4 years. This incident occured on the 28th of April while her mother was in the hospital.

Mother of the victim, Mrs Uzoamaka Ekenta said she noticed her daughter’s discomfort and that the little girl was also in pain whenever she was bathing her. When she asked Kamsiyochukwu, she accused her dad of raping her while her mother was in the hospital to deliver her baby.

3 year-old Kamsi said the pain of her father’s “komkom” (penis) in her private part woke her up on that fateful day, as she narrated her ordeal.

Uzoamaka Ekenta said that when she confronted her husband on the matter, he did not deny molesting their child but he insisted that he only used his fingers. After conducting an examination, hospital reports corroborated Kamsiyochukwu’s story, confirming that she was indeed penetrated by a penis.

Mrs Ekenta also claimed that she tabled the matter before her husband’s family and they threatened to make her life miserable if she told anyone.

The Anambra state Commissioner for Women and Children Affairs, Lady Ndidi Mezue said that with the help of men mobilized from the Department of State Services, they were able to arrest the rapist in his home in Onitsha. She said that they acted immediately they got the information from a whistle blower.

While being interrogated at the Professor Dora Akunyili Women Development Center, Awka,Mr Ikechukwu Ekenta, claimed that it was the doing of an evil spirit. The alleged rapist claims that he had no control over his actions as he acts abnormally when ever the evil spirit possesses him.

Lady Ndidi Mezue reacted to the callous incident where father raped his daughter saying that it is an abominable act, condemnable in all ramifications. She promises that the perpetrator will be punished to the full weight of the law.

In response to Kamsiyochukwu’s well-being, she said the little girl is still in pains but is receiving medical care.