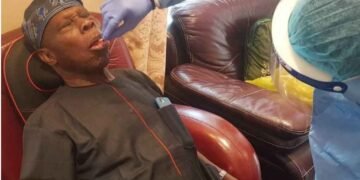 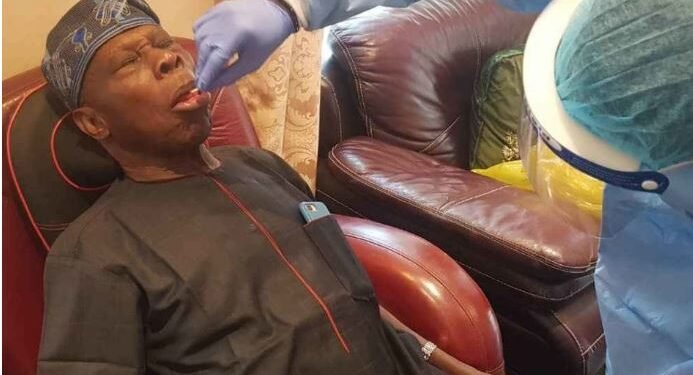 The Special Assistant on Media to the former President, Kehinde Akinyemi, revealed that the result conducted by Dr Olukunle Oluwasemowo of the Molecular Genetics Laboratory 54gene, Lagos returned negative.

You will recall that the former President on Saturday issued a condolence statement about late Senator Buruji Kahamu and this has generated a lot of controversies on the social media platform.

Former governor of Ekiti state, Ayodele Fayose was one of the people who raised eyebrows over Obasanjo’s comment about the late Senator.