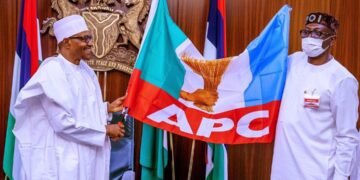 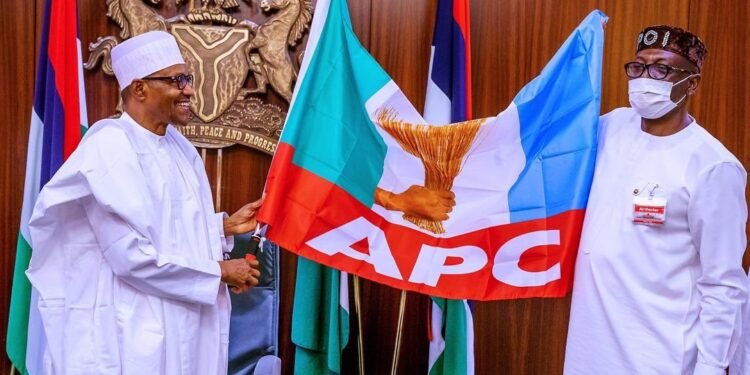 Ahead of the September 10 governorship elections in Edo state, the flagbearer of the All Progressives Congress, APC, Pastor Ize Iyamu on Friday visited President Muhammadu Buhari.

In a tweet, Iyamu said he was at the Presidential Villa to receive the flag of the APC as the party’s candidate in the Edo governorship elections.

The tweet reads “Today at the Villa, I received the flag of our great party, the @OfficialAPCNg from President @MBuhari as the party’s candidate in the Edo Governorship election. Our party is united, strong, and ready for victory at the polls.”

During the visit, President Buhari formally presented the flag of the APC to Pastor Iyamu at the Aso Villa.

Others are the Governor of Kebbi State, Atiku Bagudu.

Meanwhile, Ize-Iyamu’s visit to the Villa is ahead of the rally for his campaign flag-off slated for Saturday, 8th of August, at the Sports Complex of the University of Benin.

It was gathered that President Buhari charged the leaders of the party across all levels to work in unison to ensure the victory of Ize-Iyamu at the polls.

Earlier, Iyamu has expressed delight over the emergence of Rt. Hon. Victor Edoror as the Speaker of the Edo State House of Assembly.

Iyamu stated that the emergence of Edoro marks an end to a lopsided & deformed democracy, ushering in a new and reformed era of inclusive governance and non-discriminatory politics.