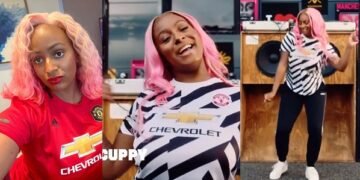 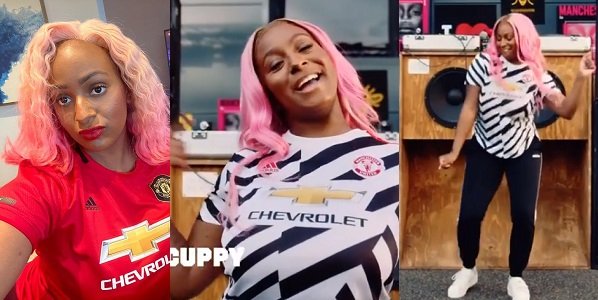 DJ Cuppy crossed carpet Arsenal for Manchester United FC before the end of the last English Premier League season and has started to reap the fruit as she featured in Adidas new video to unveil the team’s third kit.

The billionaire’s daughter took to her Instagram page to post the video of the Adidas’ unveiling of the ‘Red Devils‘ third official kit which has also been modeled by Manchester United legend, David Beckham.

Cuppy was seen singing a line from a track in her latest ‘Original Copy‘ album in the video where she said ”Now, it’s my turn. Move chale” and then grooved to the beat.

She captioned, ”As @ Manchester United fan, I’m so PROUD to be a part of their official jersey campaign! (Football emoji) READY FOR THE NOISE! #GGMU#RaedyForSport #Created With Adidas’‘

Recall Cuppy pitched her tent with Manchester United after Arsenal’s inconsistent performance during the EPL 2019/20 season. She then promised to join Manchester United if compatriot, Odion Ighalo score a goal during that weekend football action which he did.

The popular disk jockey has since got signed Manchester United kit from the United forward.