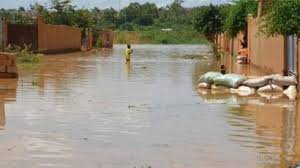 About two people have been reported dead in Mokwa Local Government Area of Niger State after a very heavy downpour in the area recently. Not less than 220 buildings and properties worth millions of naira were destroyed in the flood affecting over 780 people.

Included amongst the buildings destroyed were the village police station and the Government Science College in the area.

At the moment, the member representing Mokwa Constituency at the Niger House of Assembly has revealed that a committee has been set up to determine the number of people affected by the flood and the worth of properties destroyed also. He added that the Niger State Emergency Management Agency (NSEMA) should come to the aid of the community as soon as possible.