“Terrorism has no tribe, religion or geography. It only has perpetrators and victims. No victim deserves to suffer and no perpetrator should be allowed to go scot-free”.

A christian terror suspect named Nathaniel Samuel was arrested while attempting to bomb a church in Kaduna. Since the inception of Boko Haram campaign of terror, we have witnessed pockets of Christian church-bombing attempts.

In one such cases in 2012, some Christians were arrested attempting to bomb a COCIN church in Miya Berkete suburb of Bauchi town.

During the 2012 – 2013 period, there were daily church bombings, with some of them leaving more questions than answers about the real culprits.

This doesn’t exonerate Boko Haram or cast doubts on its crimes against our people (both Muslim and Christian), but it lends credence to the claim that some fifth columnists and conflict entrepreneurs are using the Boko Haram guise to foment sectarian crisis among Muslims and Christians.

Their aim dovetails with that of Boko Haram, that is, to plunge Nigeria into a sectarian civil war, which is exactly what Boko Haram is also trying achieve with its violent anti-Christian rhetoric and media coverage of Christian executions.

In some cases, Christian reprisals in Jos and Kaduna have pushed these volatile states on the precipice and ratcheted up sectarian tensions nationwide.

Instead of accepting this reality of a common enemy that’s both nominally Muslim (Boko Haram) and Christian (Christian church bombers) and is bent on igniting a nationwide sectarian conflagration, some people are trying to obfuscate facts and create confusion in order to downplay or distort the Christian identity of the Kaduna church bombing suspect.

While it is important that we focus on the crime of terrorism and its perpetrators irrespective of their religion or tribe, we don’t hear those nice sermons and calls for restraint and decency when the culprit is decidedly Muslim or bears a Muslim name.

It is this double standard and scandalous hypocrisy that we need to work on before anything else. Because it is these selective characterizations and one-sided stereotypes that further undermine our unity and postpone the chance of genuine conversation on terrorism.

Terrorism has no tribe, religion or geography. It only has perpetrators and victims. No victim deserves to suffer and no perpetrator should be allowed to go scot-free.

Boko Haram Give Government Deadline For Release of Abductee

Boko Haram Give Government Deadline For Release of Abductee 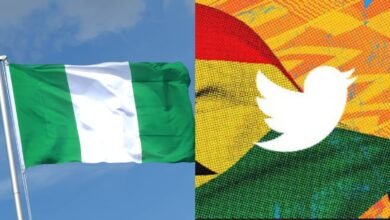