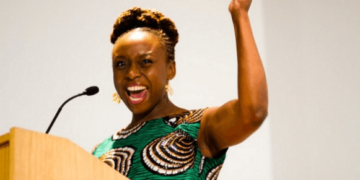 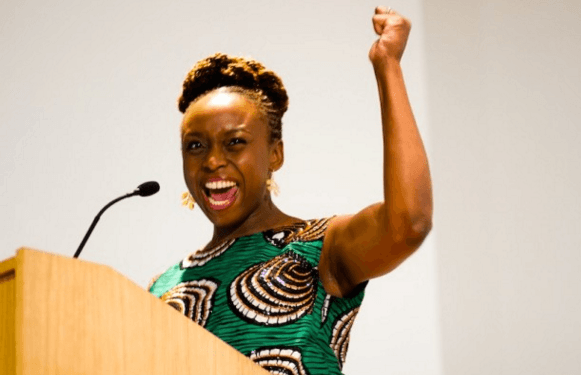 After several calls by Nigerians, President Buhari addressed Nigerians on Thursday, 22nd of October, 2020 following the shooting of unared protesters at the Lekki Tollgate, Lagos.

Nigerians who have called on the President to speak up concerning the ENDSARS protest were disappointed and left speechless as they felt he should have mentioned the Lekki Tollgate in his speech as well as other issues in the minds of Nigerians.

Nigerian writer, Chimamanda Adichie, who had earlier lend her voice via a letter on New York Times where she stated that ‘Nigerian government are killing its citizens’ has now rewritten the speech which was written by Femi Adesina.

Here is an excerpt of the speech written by Chimamanda Adichie;

This is a difficult time for our nation, but together we will prevail.

On Tuesday, October 20th, 2020, in the Lekki area of Lagos, innocent Nigerians exercising their democratic right to protest were attacked by soldiers of the Nigerian Army. Some died. Many were injured. This terrible incidence has no place in our country. The role of the Nigerian Army is to protect the lives of Nigerian citizens.

I condole with the families of those who were killed and with all those who were injured. I have ordered an immediate investigation and have directed that a report be presented to me in the next five days.

As commander-in-chief of the Armed Forces, the ultimate responsibility is mine. This is not a time for vague words or generic promises. This is a time for action and I am determined to bring the perpetrators of this heinous act to justice.

Restitution is an essential element of justice. I have directed that all hospital bills of the injured be paid by the federal government. The families of those who were killed, as well as the injured, will receive compensation from the federal government. This compensation is merely a small way of acknowledging the pain and suffering of innocent citizens. It is not intended in any way to dismiss or minimize what happened. We are already reaching out to identify those who deserve compensation. Our Twitter handle @NGRPresident will release further information shortly.

These are not normal times, and therefore we cannot rely on the old ways of doing things. On October 12th I acknowledged the valid concerns of the Nigerians protesting against the excesses of the Special Anti-Robbery Squad (SARS). But more could have been done. I have now directed, with immediate effect, the arrest of those SARS officers, past and present, who have credibly been accused of extrajudicial crimes. I am presently reviewing recommendations by the Security Chiefs on how best to retrain some officers formerly with SARS. I emphasise SOME, as there are those who are not worthy to serve in any security capacity and will face justice. I assure you that their trials will be fair and open to the public.

Let me be clear that the protests we have witnessed all over this country in the past two weeks were not anti-police, but anti-police-brutality. A democracy must have law and order, but we cannot in the name of law and order abuse innocent citizens.

The ‘address the President could have given’ by Chimamanda Adichie is one of the several publications by the award winning author. 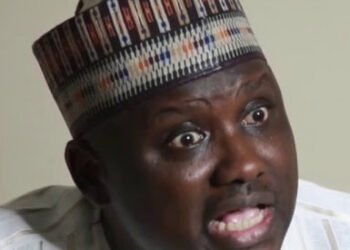