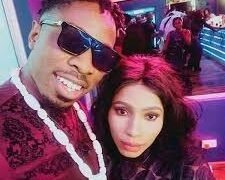 Ike Onyema, boyfriend to Mercy Eke said charging his girlfriend a hundred thousand Naira for her photoshoot is doing her a favour. 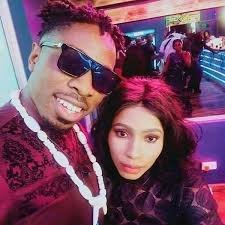 Ike Onyema, boyfriend to Mercy Eke said charging his girlfriend a hundred thousand Naira for her photoshoot is doing her a favour.

This comment is coming from Ike who just launched his photography business and made the announcement on their reality TV show, What Next.

After he had his first photoshoot session with his models who are to help him with his ice cream business, Mercy’s session seems to be his second official photoshoot and it seems the Captain is already making money.

On the latest edition of What Next, Mercy decided to go for a photoshoot to package herself in an official fashionable way and Ike her lover was the only option on the list to do that with.

He could not take his eye off the bossy looking babe and he described her as, “somebody’s boss, some body’s wife, a secretary that a man is about to take home.” Please don’t let me comment on that last one.

The new photographer in town doubled as the director and gave his girls friend the best posses he could provide and if you ask me the session was interesting.

He said Mercy was not seeing the session as strictly business but was seeing him as a friend or her boyfriend holding the camera.

Our lover boy said he just wants to take his pictures and go home because Mercy is behaving as if she would like to talk with him after the session and he does not want any problem.

When the pictures from the shoot were ready and Mercy was so much excited and surprised to see how good Ike is in his new business.

That was where Ike dropped the bomb, Ike said the quality of his job has pleased his babe and she should be happy for the getting his services for as low as a hundred thousand naira.

He said “charging Mercy 100k for her photoshoot is doing her a favour.” Now I don’t know how that makes you feel, but how do you manage business and love without having any interferences?

The question is, did she hear that coming from her boyfriend? Mercy also thinks Ike is good at what he does, but I don’t know what you think.

Do you think Ike should have done the job for free?