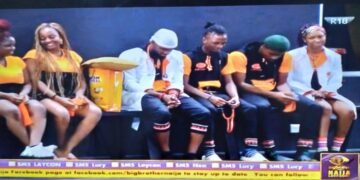 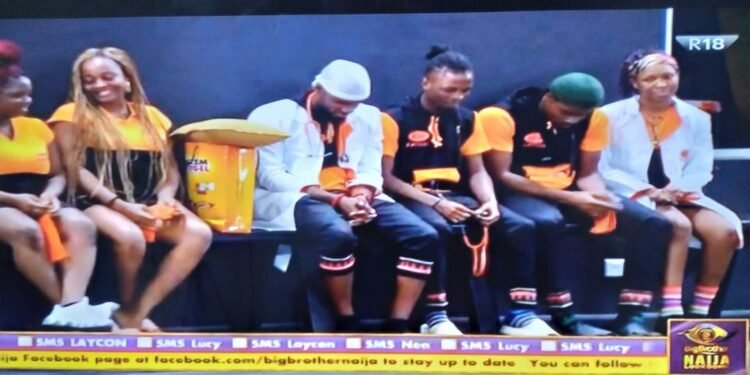 Group one has won Thursday’s task which involved creating a five minute commercial for the product of the sponsoring company. The group was rewarded with the sum of seven hundred thousand naira.

The eleven housemates were asked to share themselves into two groups, simply group one and two after which they are to change into the costumes provided for them.

They faced a huge problem grouping themselves as Lucy refused to be in Kiddwaya’s group. She claimed that Ebuka-Obi Uchendu the BBNaija 2020 Anchor told the whole house during one of the live eviction shows that Kiddwaya said he does to want to be in her team during any of the joint tasks.

Lucy got a lot of backlashes from Erica, Prince, Neo and some other housemates and she was replaced with Trikytee and that settled the grouping fro the task.

In the end group one had Erica, Nengi, Ozo , Kiddwaya, and Trikytee as members while team two had, Prince, Laycon, Neo, Vee, Dorathy and Lucy in it.

Team two however won the presentation as the members added the prize to those they already had on the names from different sponsored tasks in the BBNaija house. Group one members were also given a consolation prize of three hundred thousand naira.