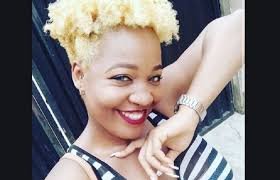 BBNaija Lucy has just made a sensitive revelation about Erica and Kiddwaya. The housemates are currently recovering from the shock of the first triple eviction from the Big Brother Naija Season 5 House this season. Tolanibaj, Wathoni and Brighto were all evicted on the same eviction Sunday and they hold the record for the first three people to be evicted the same day in this season.

As the next day is here, the housemates are spending time with each other bonding while getting over the shock of the eviction. Biggie began calling them for diary session and Lucy was the second housemate to be called after Laycon. During her diary session, Lucy made some salient revelations about some housemates.

Talking about shocking moments in the house especially on the events of the eviction Sunday, Lucy said that she was shocked when she woke up and she saw Erica and Kiddwaya holding hands and praying. According to her, it was a sight she did not see coming.