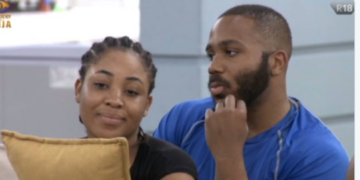 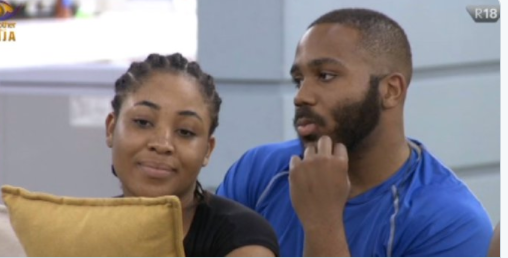 Kiddwaya and Erica had a conversation about his life outside the BBNaija house especially the things she will find out about him when they both leave the show.

The son of a Nigerian billionaire, Terry Waya, hinted his girlfriend on the show that he does not want her to be disappointed about him after they go back to the larger society.

Kiddwaya stated plainly that he does not want to make any promise to her while on the show only to be disappointed afterward.

He asked her if she is ready to meet the real him. ”I’ve told you, you will get to see the other side of me when we’re outside here. You’re very emotional, it’s not a bad thing. I asked myself atimes, is she ready for the real me? I don’t want to promise you anything and disappoint you.”

Erica thinks being confined in the BBNaija house is making her see things she does not want to see, and also asked him what his real self looks like, but Kiddwaya also has a reply for her on the.

“Nothing much. I feel like I’ve judgemental people around me, they will judge you a lot. Lots of my girls and guys, family well say I’m this and that. I feel like everyone thinks for someone to be with me, the person has to be special and these affect me. They’ve expectations of who I should be with. My family, guys, and girls. You need to have family love in all.

With all of these coming from the heir of Terry Waya’s family, do you think Erica is setting herself up for a surprise?