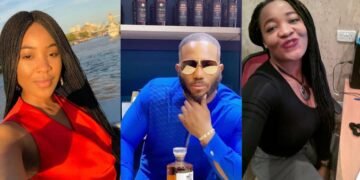 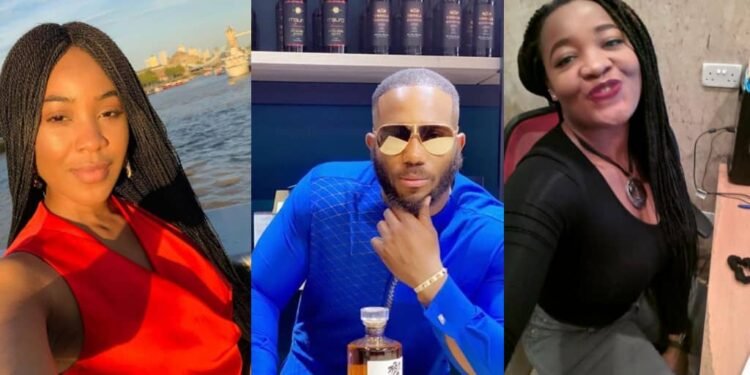 The housemates had an amazing time at their tasks yesterday but that could not be said for all the housemates as Prince went sulking about his loss. Lucy and Kiddwaya, on the other hand, knew that this was not their strongest point.

While rehearsing, Lucy looked very bothered about the outcome of there performance as she kept on asking Kiddwaya how he will manage with the dancing and singing Kiddwaya said he was going to try his best to ensure that the performance came out nice. He said ‘ I can’t sing or dance but ill do something to entertain everyone’.

The challenge came and while they(Lucy and Kiddwaya) were performing, Kiddwaya forgot some of his lines but did his best to improvise. Lucy forgot her lines to and just gave up mid-performance.

After their presentation, Lucy felt so bad that she started crying. She also shared with anyone who cared to listen that she was disappointed in her team. To our surprise, this matter didn’t end at the arena.

Around midnight, Erica was in the room complaining bitterly to Tolanibaj about Lucy’s attitude towards Kiddwaya. She said Lucy was being disrespectful towards him because of a mere task and didn’t even have the right to seeing that she also messed their performance up. According to Erica,

“Shey you know today, I almost went to talk to her to tell that what kind of talk is that. It doesn’t make sense now. No! she just kept putting Kidd down, saying oh ‘you can even see me dancing, have you seen Kidd dancing?’
“Okay after everything she didn’t even sing sh*t on stage so why would you be complaining about one human being for hours, I think that was very rude of her
And when she started crying after the performance like why is she being so dramatic, wth”

Kiddwaya then explained the reason Lucy was crying was that after putting so much pressure on Kiddwaya before their performance, she was the one who messed up majorly.

Erica was not having it though, she said Lucy had a habit of saying hurtful things under the guise of saying what is on her mind without considering how the receiving party feels.