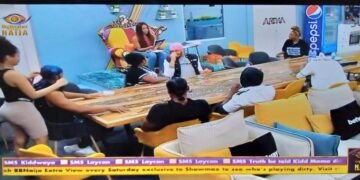 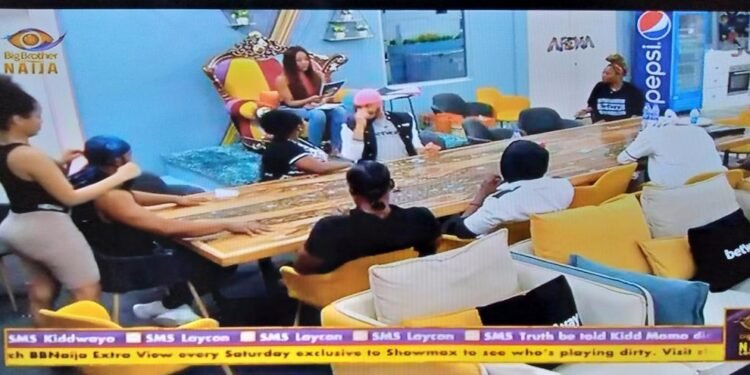 It is day 52 in the BBNaija Lockdown house and we are slowly inching towards the end of what is arguably the most watched reality show in Africa.

Lucy revealed how much of an instigator she is today. While we thought that Laycon was the problem plaguing Erica on Saturday, she has said that we might be wrong because she actually planted a seed of discord between Kiddwaya, Erica and Nengi . According to Lucy in her exclusive interview,

“ I think I threw in a little bit of charcoal into the fire that was already dying when I told Erica that actually I find Nengi and Kidd more interesting to watch than herself and Kiddwaya. We were in the garden so maybe it messed with her mind . I told her like a week ago”

She also implied that Erica could only get Kiddwaya because Nengi was not interested in him. She said that she knew that if Nengi wanted Kiddwaya she would have gotten and Erica did not stand a chance against her.

This was not all she said though. She also added that the reason the housemates disregarded most of her ideas and suggestions was because they did not expect her to be smart or maybe it was because she  didn’t have a British accent.Hilarious!

Owing to the fact that the housemates spent a better part of their night playing games and having a rap battle, most of them got up really late today. Some housemates were even caught sleeping in the gym instead of working out.

Anyway, a sponsored task came in not minding how tired they are. This was the second task from the bitcoin sponsors this season and the game was divided into parts. The first part a the housemates responding as customer care representatives to possible question scustomers would have about the brand.

The second part was an Ad campaign for the brand where the housemates we supposed to create a an add highlighting the product strengths.

The housemates were divided into;

Team Doing The Most

Team Here For You

For the second stage the housemates were regrouped into;

For the first time this week, they had serious wager preparations and the housemates were rehearsing the lines for their different movie scenes and they looked serious. You know they say a stitch in time saves nine, do you think they can pull it off with the rush hour prep?

Team Here For You Win Thousands of Dollars

For the second stage, Team Hank Candy Floss where Kiddwaya belongs also won themselves a thousand dollars worth of Bitcoin. After going through all the rounds of the challenge, the housemates that emerged winner are Trikytee, Neo, Vee, Dorathy and Kiddwaya who won in the two rounds.

BBNaija 2020: Kiddwaya Wins Double As Housemates Get Thousands Of Dollars In Sponsored Task