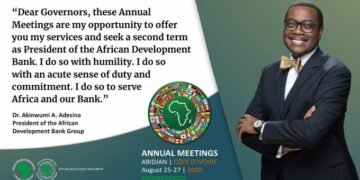 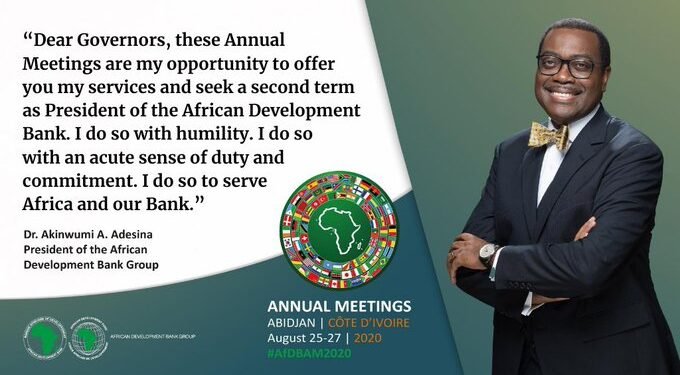 Dr Akinwumi Adesina has been re-elected as President of the African Development Bank, AfDB during an election which was conducted virtually on Thursday, August 27.

This was contained in a tweet made by Lauretta Onochie, the aide to President Muhammadu Buhari on social media.

In the tweet, Lauretta also posted a short video which shows that Akinwunmi held a meeting with President Buhari at the Presidential Villa.

She, however, commended President Buhari for mobilising support for Adesina adding that the AfDB president has been proven to be above board.

Meanwhile, Adesina on Wednesday, August 26 declared his intention to re-contest as President of the AfDB saying that he wanted to fulfil his sense of duty and commitment.

Adesina, who recalled that his current five-year term as President of the AfDB was marked by the implementation of five strategic priorities for the continent’s development said he promised to work tirelessly to accelerate Africa’s development.

During a virtual session at the start of the Bank’s 2020 Annual Meetings, he listed the Bank’s achievements in the five years of his presidency.