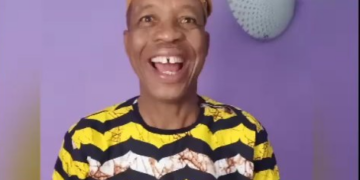 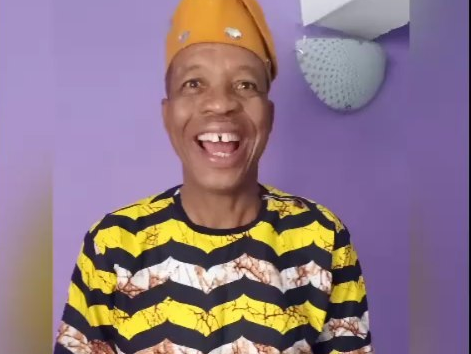 Nollywood comic actor, Oyetoro Hafiz, better known as Saka has shared an inspiring story of his past.

Saka had shared a throwback photo on his Instagram page which got him to reminisce. According to him, the picture was taken in 1986 during his matriculation ceremony as a student at the Obafemi Awolowo University, Ile-Ife.

The comic actor said he was downcast and forloon in the said day as he couldn’t afford a cloth/suit he could wear to the ceremony as the day was agog with celebration.

He was however helped out by a friend who gave him his suit to wear having found out he had none.

He wrote, “The university was agog with matriculation celebration which I had no hope of attending because I had no suits or any befitting clothes for the occasion.

“Then he tapped me gently on my shoulder and woke me from the stream of sorrow. “Hello Hafiz are you not attending matriculation?” he asked. I looked up, I was speechless.

Saka finally joined the matriculation ceremony in his friend suit and was well dressed even though there were questions about the size at first.

“Moment later I came out well dressed and ready to mingle with my mates. I wish I could see that my roommate now to say thank you” he added.

The actor/lecturer used the opportunity to inspire others stating that God can meet us at any point of our needs.