Unplug is here again! It is a Monday and we are here to keep you updated on all that happened over the weekend and what is going on now. Stick around to know what Dorathy Bachor is saying about the Sussexes and much more.

Dorathy relates to struggle of the Sussexes

Dorathy has expressed solidarity with the Duke and Duchess of Sussex after their recent expository interview with Oprah Winfrey on their struggles in the royal family.

Kiddwaya had a great birthday celebration after his friends and fans shut down an entire cinema for him to have fun with them.

Award winning singer Barry Jhay has been arrested in Ghana in connection to the death of the boss of his record label, Kashy, who reportedly jumped from a balcony in an apparent suicide.

Bolanle Ninalowo has taken to his social media to celebrate his daughter on her 15th birthday. He called her the next top supermodel.

Samklef got into trouble with Simi after tweeting something that seemed to sexualize singer, Tems. Simi asked him to take the tweet down and he blew his top, then dragged Erica into it by talking about how she had sex on national TV. Erica did not accept that either, and blasted him for it.

Laide Bakare took to Instagram to celebrate her new appointment in an Islamic capacity. Congratulations Laide!

The Federal Government has revealed their plans on distributing the vaccines across Nigeria. Good to know that they are trying to keep us in the know.

Fulani Herdsmen, in a viral video, have claimed that they are being equipped with their weapons, AK-47 rifles and the likes by the government. What is the government going to say about this?

Chioma has posted a picture of a mystery man. Could this be Davido’s replacement? Are she and Davido really done? We are still watching.

Daddy Freeze has responded to the adultery scandal he finds himself in, after he was convicted in a court in Port Harcourt. He has said that he will take it to the Appeal court and that he trusts that he will get a fair judgment.

Ali Baba has cleared the air on divorce rumours that have been swirling around him and his family.

May D has called for prayers after he got involved in a domestic accident and his leg got burned.

Austria has suspended vaccinations with a batch of AstraZeneca vaccines after a death was reported.

The Duke and Duchess of Sussex, Prince Harry and Meghan Markle, in an interview with Oprah Winfrey, have shared very intricate details of what they have been going through in the royal family and how racism against Meghan has become quite an issue.

Israel Adesanya has lost a UFC fight for the first time ever, after he lost to Poland’s Jan Blachowicz.

Manchester United have defeated Manchester City at the Etihad 2-0 to claim bragging rights in the Derby and to cut down Man City’s lead at the top of the EPL standings to just 11 points. 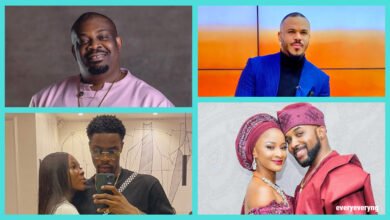 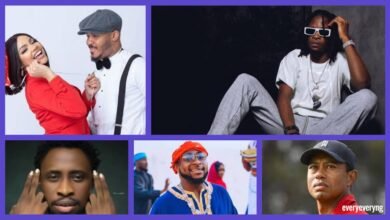 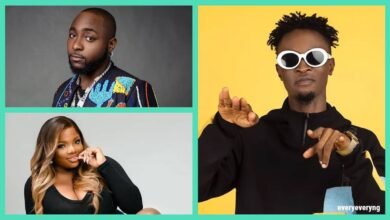 115: Where is Laycon?; Davido Reacts to Chioma and Cheating Rumours 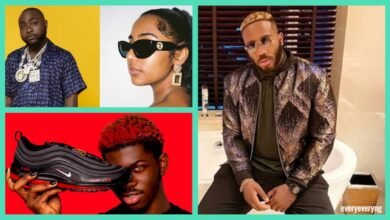