An actor compares Nengi and Erica over house ownership methods while Tolanibaj’s tailor gives her an interesting surprise. Get the update in the video. We also discuss Davido’s new Hollywood feature; it looks like Coming to America paved the way for him in movies.

On this episode of Unplug, we give you updates of all the latest happening. Here are the updates in full.

BBNaija besties, Dorathy and Prince, unfollow themselves after their trip to Kenya. Although there is no other update on why this happened, the PriDo shippers are scared that there might be trouble in paradise.

An actor tries to cause trouble as he has Erica shaded for Nengi’s success in his comment over their recent acquisition of houses. He claimed that Nengi is the most successful housemate seeing that she bought her house with her money and was not gifted by fans.

Tolanibaj receives a rude shock from her tailor after getting the exact opposite of what she ordered as a dress. The reality tv star shared the picture of what she requested and what she got to the amusement of her fans.

Destiny Etiko joins Erica‘s train after taking a picture with Captain Ekeinde, a celebrity pilot who happens to be married to veteran actress Omotola Jalade.

Davido hints at a new Hollywood feature after the coming to America stint released this month. According to the artiste, he would play the role of a cab driver.

Ric Hassani mourns dad with internet tribute. In related news veteran actor, Ernest Asuzu is set to be buried on the 13th of April 2021.

Nigerian crossdresser James Brown has teased his fans with a snippet of his soon to be released song titled, ‘Hey Durlings’. The media personality posted the recording on his story and asked the fans if they wanted the full release.

Sunday Igboho says Yoruba land has ceased to be a part of Nigeria as he issues all Yoruba people settled in north 72 hours to vacate.

The first lady of Nigeria, Aisha Buhari alleged returns to Nigeria from Dubai after being away for about 6 months. the last time she was publicly spotted was at her daughter’s wedding in September 2020.

World Health Organization has asked countries to continue administering the Astrazeneca vaccine despite reports of blood clots as side effects.

Tottenham crashes out of Europe League as Manchester United and Arsenal move forward. 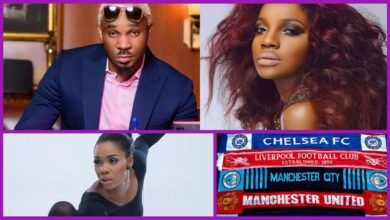 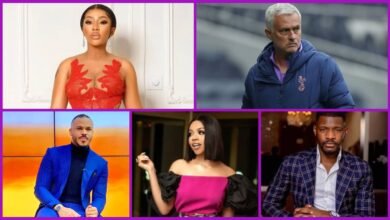