byTolu
in Arts and Culture
0

One of the few primitive tribes in Nigeria is the Koma ethnic group. They are relatively hill-dwellers. The people still practice nudity in this age of civilization. The people are located in northern Adamawa, in the Atlantika Mountain which shares a border with southern Cameroon. As a result of this, the people are distributed both in Cameroon and Nigeria. There are 21 Koma villages in the Cameroonian side of the Atlantika Mountain and 17 villages in the Nigerian side. Today, Koma is part of the seven districts of Jada Local Government Area in Adamawa state. The people are divided into three major groups, there are the hill-dwelling Beya and Ndamti, and the Vomni and Verre lowlanders. They people engage mostly in animal rearing.

The Koma also have their own language, which is known as Koma. They have an estimated 61,000 speakers. The language is part of the Niger-Congo family.

SHOCKING FACTS ABOUT THEIR CULTURE

The people are committed to their traditional culture. They still dress like their forefathers till date; the men wear loincloths and the women wear fresh leaves. Some of their men adorn contemporary clothes but the women stick to nudity and leaf-wears (tied around the waist).

Customarily, inheritance in Koma is in the maternal lineage. A Koma man may share his wife with friends, especially visitors. This is seen as a mark of acceptance and friendship.

Twin birth is regarded as evil among the people. It is considered as abominable so much that babies of multiple births used to be buried alive with the mother. This is still practiced by the Koma hill-dwellers.

Koma medicine men engage in extended farting sessions on the occasion of public dancing ceremonies. They could fart for hours on end. When the anus becomes irritated from prolonged flatulence, it is soothed with a healing powder.

DO YOU KNOW THAT?

The Koma people became recognized as Nigerians a year after Nigeria’s independence in 1961.

The hill in which they dwell was discovered in 1986 by a corps member. 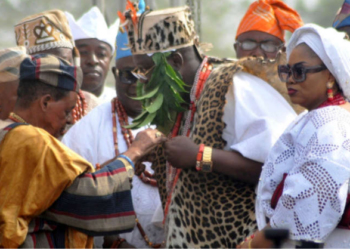 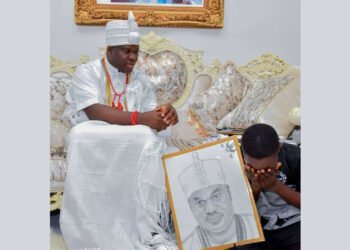 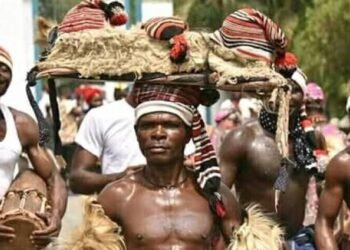