Tuesday, the Nigerian National Petroleum Corporation, NNPC, handed over a symbolic cheque of N621.24 Billion to rehabilitate 21 critical roads across the country through the Tax Credit Scheme under Executive Order 7 signed by President Muhammadu Buhari in 2019.

In his remarks before the brief presentation ceremony at the Conference Room of the Ministry of Works and House Headquarters, Mabushi, the Minister, Mr Babatunde Fashola, SAN, explained that the Tax Credit Scheme, which, according to him, was inherited from the previous administration, was meant as a strategic partnership with the Private Sector.

The Minister, who said the present administration was currently using it for the construction and rehabilitation of Kabba-Obajana Road in Kogi State and the Apapa-Oworonsoki Road in Lagos, pointed out that contrary to the belief in some quarters that the Scheme was meant for only big companies like the Dangote Group, the Scheme was open to all the members of the Private Sector.

Giving the presentation of the cheque as a sign of the participation of the NNPC in the Scheme, Fashola pointed out that to ensure the inclusion of all segments of the Sector; the Federal Government has further opened a window of participation for smaller companies by asking them to form conglomerates to enable them to mobilize enough funding capacity.

“The Tax Credit Scheme is a policy that we inherited from the previous administration. It was there, but it was never used”, Fashola said, adding that it was in the life of the present administration that the Scheme was given life and because it had an expiration date the Executive Order 7 had to be put in place to enable government use it to address the Kabba-Obajana, and “the difficult Apapa-Oworonsoki Roads which is serving the Apapa Port”.

The Minister explained further, “Of course, the Tax Credit Scheme that we inherited had an expiry date, and when we started using it, it was being said that it was made for one company alone. So we had to come out to explain that it was meant for all the companies that have tax credit”.

Remarks by H.E. Babatunde Fashola at the Inauguration of Board of Management of the Federal Mortgage Bank of Nigeria

Remarks by H.E. Babatunde Fashola at the Inauguration of Board of Management of the Federal Mortgage Bank of Nigeria 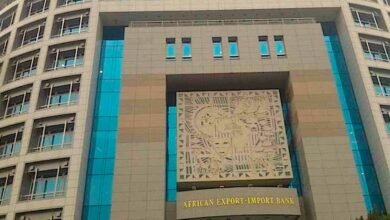