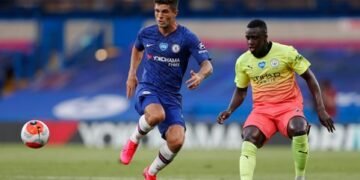 Liverpool Gifted the EPL Title by Chelsea, See How

Liverpool Gifted the EPL Title by Chelsea, See How 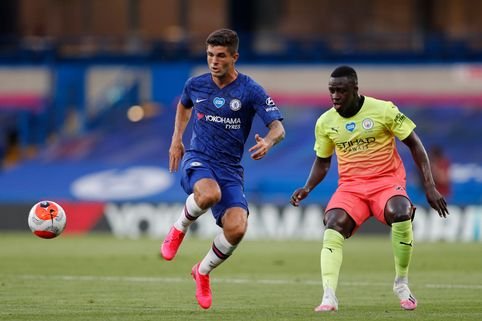 Chelsea has finally contributed to the success of Liverpool as they thrash Manchester City 2-1. Jurgen Klopp the Liverpool manager has come out to express his feeling as he described the club’s first Premier League title win “absolutely incredible”. The Reds ended their 30 year-wait for a top-flight league title after Chelsea beat Manchester City 2-1 on Thursday.

This victory tonight means leaders the Reds are 23 points clear of second-place Manchester City and mathematically no club in the league now can catch up with them, therefore, they are English Premier League 2019/20 champions. Klopp speaking to Sky Sports said: “I have no words,” “It’s unbelievable. Much more than I ever thought would be possible.”

The German international also said: “Becoming champions with this club is absolutely incredible.”It is an incredible achievement from my players and a pure joy for me to coach them.”

Liverpool’s incredible league campaign has seen them win 28 of their 31 fixtures and if they are victorious in five of their remaining seven matches they will break Manchester City’s Premier League record of 100 points. Manchester City coach said: “Congratulations to Liverpool for this great season,” “We still have five or six weeks to play but we won a lot in the last few years and of course we want to close the gap.

“After two seasons the gap is big. We were not consistent like the previous seasons. Liverpool won the Champions League and was given confidence. They played every game like it was their last game.”