Google has indeed taken steps to deal with Adamu Garba and his Crowwe App as it has been deleted from Google Play Store.

Adamu who is one of the few Nigerians supporting the ban of Twitter in Nigeria developed Crowwe an app that strives to imitate Twitter.
However, the app has been terribly evaluated by Nigerians who are not only angry with Garba’s take on the style of governance in Nigeria, but also his app.

Despite his appeals for Nigerians to download his app, they have gone ahead to report Crowwe and its terms and conditions to Google, stating that the wordings were identically copied from Spotify.

At the moment, the app is no longer available for download on Google search. As it is, this development is seen as Google perceiving Crowwe as an app violating its rules.

The Federal Government under President Muhammadu Buhari has suspended the use of Twitter in Nigeria after some of his tweets were deleted from the platform.

These deleted tweets were said to be in violation of the rules guiding the Twitter community. 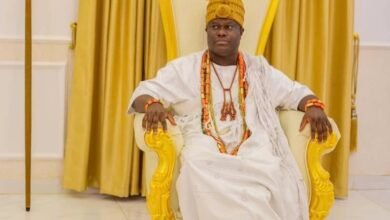