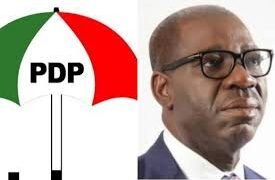 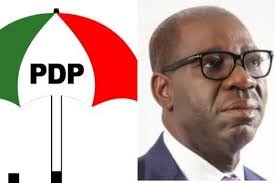 Edo PDP Primaries holds today and a lot has happened in the last 24 hours leading up to it. As it stands, only Kenneth Imansuangbon and Godwin Obaseki are the last men standing hoping to secure the PDP ticket for the September 19 Governorship election in the state.

Earlier yesterday, one of the PDP aspirants, Omoregie Ogbeide-Ihama, who sued to restrict Obaseki from participating in the Primaries, withdrew his case from a Federal High Court in Port Harcourt and opted for an out of court settlement. He went ahead to step down from the governorship race yesterday.

Commenting on his actions, Omoregie said he spoke and listened to some highly respected Edo elders and decided to heed their advice. He pledged his undying commitment and loyalty to PDP adding that his action was to prevent the party from making mistakes which could lead to their disqualification from the main election in September. Omoregie pledged his support for whoever emerges as the party candidate.

Imansuangbon and Obaseki Battle for Ticket as the Primaries Holds Today.

Speaking on how prepared the party is for the primaries, Kola Ologbondiyan, PDP spokesperson, confirmed that all materials have been dispatched to the state. He added that the indirect election will be conducted in line with COVID-19 protocols.

It is also important to note that the PDP national leadership dissolved the South South Zonal Committee of the party and replaced it with a caretaker committee yesterday. The new caretaker committee is currently being headed by the former Edo State PDP Chairman, Chief Dan Orbih.

Chief Charles Idahosa who was a former Commissioner for Information in Edo State also defected to PDP from APC yesterday.