That Tolaniba went wild on day 3 of the BBNaija 2021 reunion show would mean trying hard to sound nice and painting the scenario nicer than it was.

The Vlogger lost her cool on the show, even more than it was revealed in the show thriller, where she was seen throwing a pillow at her once upon a time friend Vee.

The show host, Ebuka Obi-Uchendu threw the batten of controversial questions to TBaj who spread fire across the studio. Ebuka asked if she truly liked Neo and why she said she might try getting him if he ever showed any interest in her after being evicted from the show.

Tbaj expressly denied having any feelings for Neo, though she claimed he expressed interest in her during a chat he had with Erica in the Big Brother’s house.

Her explanations and denials did not sit well with Vee whose man was on the table for discussion. She expressed her displeasure in her so-called friend showing interest in going after her man.

While Vee was yet talking,TolaniBaj flared up and shot her up. TBaj called her names, threw a pillow at her, and threatened to beat her up after the show.

She called Vee names like bitter leaf, witch, and several unkind words. In her response, Vee agreed to whatever names she was called but maintained that it was disappointing to know that her friend had an eye for her man.

Though TBaj kept her stand by adding this time that whatever she did with Neo was just to make Prince jealous and nothing more.

Not minding that she was still on a show, TolaniBaj tried to pull her shoe as a weapon to hit Vee, in a weird show of anger. Then Neo the lover boy, jumped in to defend his lady.

Now, Vee just got her partner in the boxing ring in her defense. Neo emphatically told TBaj that whatever she thinks about him is not true.

TBaj did not back out of her claims that Neo had an eye for her, and then she dragged Erica into the situation even further. She revealed that Erica told her that Neo is “feeling her” after he gave her a warm complement before one of the Saturday night parties.

Even this point of reference was not to go by, because Neo insisted that even if he indeed told Erica that he feels he, it was not enough to show that he had feelings for her.

Unfortunately, Erica was not present in the studio and was not able to either deny or confirm that she told TBaj that Neo wanted her. 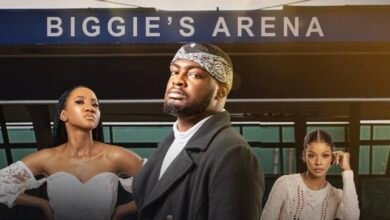 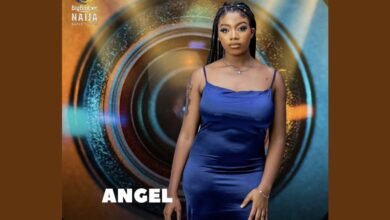 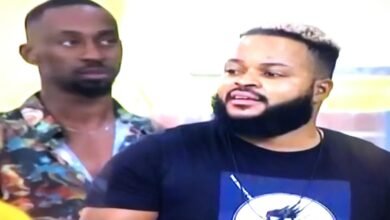